Council for consumer and industry

​The Council for Consumer and Industry Fairness in Bereavement (CCIFB) acts as advocate on behalf of consumers and bereavement sector industries which support consumer interests to ensure that:
1) the legislation, regulation and policies of the government of Ontario actively promote consumer protection; and
2) the supply of bereavement industry services is sufficient to provide consumer choice and price competition in the sector.

Through their ten year advocacy as Friends of Toronto Public Cemeteries (Friends), in seeking accountability and transparency for the Mount Pleasant Group of Cemeteries Trust in the GTA, the founders of CCIFB became aware that the concerns originally giving rise to their mission were not exclusive to that organization, but endemic to the bereavement sector as a whole. Following a number of unsolicited overtures to Friends by bereaved consumers, as well as by The Funeral Advisory and Memorial Society (FAMS), funeral homes (licensed and non-licensed), as well as the Ontario Monument Builders Association (OMBA) and others, it became evident that there were issues of fairness and anti-competitive behaviour in the bereavement sector which were not being addressed. In fact the lessening of competition had been exacerbated following the passing of the Funeral Burial Cremation Services Act (FBCSA) in 2012, and the creation of the Bereavement Authority of Ontario in 2016.

In addition, the work of Friends became a vantage point which offered unexpected insight into a sector of the economy in which people generally wish to spend as little time as possible in their interactions. All members of the community at some point in their lives face the pain of losing a loved one – and it is these life circumstances which create extremely vulnerable consumers, who require protection from unfair business practices.

As a result the CCIFB was created in late 2020, and is comprised of a group of volunteers who have come together to create an umbrella organization comprising members of consumer groups and consumer-focused service providers within the bereavement sector, who share the goal of creating fairness of choice and price for the consumer, by favouring competition in supply and transparency and fairness in business practices. 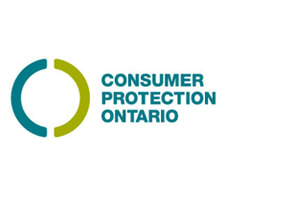